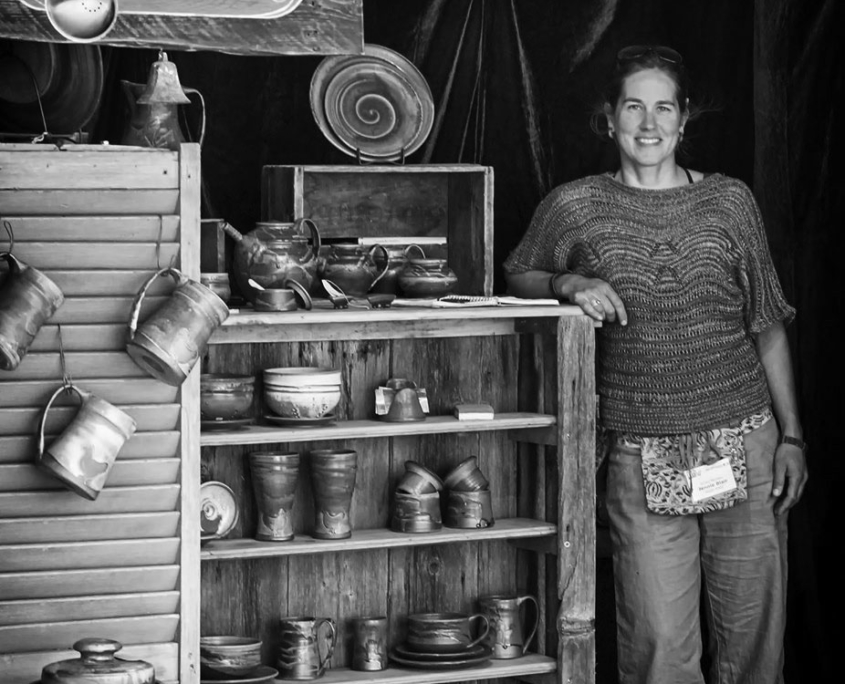 Was born and raised here in New Hampshire in the Mt. Washington Valley. After receiving a BFA in Studio Arts in 2000, she continued to work in studios with other potters over a period of 15 years. During that time she lived in Montana completing a one-year apprenticeship, managed a production pottery studio, while also wwweloping her own pottery business.  After moving back east to her hometown, she continues making functional stoneware pottery in her studio here in the valley where she resides.